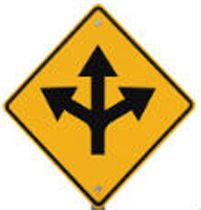 What is the right college division for me to get recruited at?

How do I determine what level of college athletics I can play at?

“The No. 5-ranked Ohio Northern football team began preseason practice for the 2005 season on Sunday beneath overcast skies. One hundred and eighty six players, including 107 freshman, were expected to report to camp on Aug. 13” – Quote from Ohio Northern Website, September 2005.

That is from page 133 of The Making of a Student-Athlete. Let it serve as a reminder that Division 3 college athletic programs can be VERY competitive!

After D1 football and D1 basketball, I would ask you to please not evaluate any college programs simply by division. There are so many other factors that contribute to a team’s talent level, and unless you evaluate a variety factors, you will find a lot of parity among schools that compete at different divisions and you will find many differences between individual sports at a given school (meaning one school could have a very talented baseball team, but their swimming team might not be so good).

Without factoring in a school’s individual success, strength of their league, geographic location, and the climate they play in, there is no way you can choose a school (or any school for that matter) simply by what division they are. The Making of a Student-Athlete discusses in great detail how to research and evaluate individual programs as they relate to you and your ability, but let’s look at 4 factors in more detail. For more, see How Do I Get Recruited to Play College Sports

How does individual success of different college programs affect my recruiting process?

Individual Success – Some programs, regardless of division have built up a reputation and have a track record for being successful and because of this, these teams continue to attract talented recruits who individually want to compete at a high level. In Fayettville, NC, a small D3 University called Methodist University exists with 2,500 students. Methodist University (formerly called Methodist College) has won 12 Division 3 golf championships since 1990, including 6 in a row at one point and most recently in 2018. The secret to their success is two-fold. One, head coach Steve Conley recruits some of the best golfers in the country. Their 2019 roster boasts players from 13 different States. Two, Methodist University is one of a select few colleges that offers a college degree in professional golf management (PGM program) There are 19 colleges in the entire country that offer this program. This unique major as well as the success of the team, attracts talented high school golfers throughout the country to Methodist. If you are unaware of the success of this D3 University, and you have determined your talent is of the D3 variety for recruiting purposes, you may think you can play here because the school is a “Division 3” school. The fact is that Methodist is recruiting some of the top high school golfers from around the country that want to come to this school to for the Professional Golf Management program and are not concerned with playing D1 golf because this program isn’t offered at other colleges.

But if you want to talk success, then the conversation starts and ends with the Kenyon College (D3) swimming program. Since 1980, The Kenyon College men’s swimming team has won 34 NCAA swimming championship. The women are not far behind with 23 NCAA championship. The top 50 freestyle swimmer on Kenyon in 2016 has a 50 times that is better than 10 swimmers on the Stanford University roster, the number 3 Division 1 team in the country at the time. 5 Kenyon men’s swimmers had 50 times better than 6 Stanford swimmers.

Kenyon College has some extremely talented swimmers on their team, who, had they chosen to, could have swam at the D1 level. Why did they choose to go to a D3 school? Well, I have no idea, personal preference maybe? The question is not why are they there, but how does their presence affect your recruiting process? And the answer is, unless you are extremely talented, there are many D3 programs that you will not be able to play at and some D3 teams have D1 caliber players. 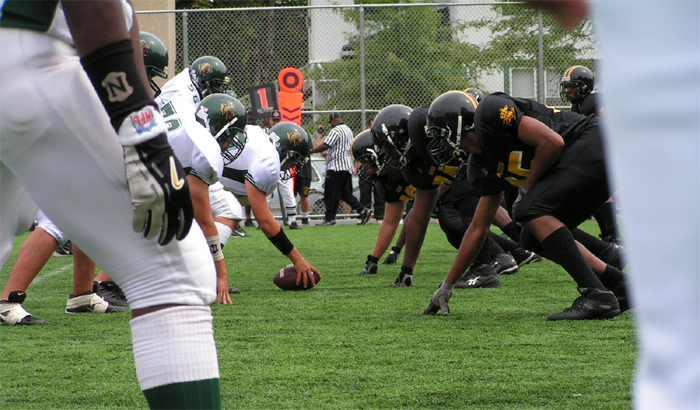 Evaluate your athletic skill for the college recruiting process

How does the strength of different college leagues affect my athletic recruiting process?

Strength of league – Most leagues have teams consisting of schools that play at a similar level. This isn’t an accident. While there always seems to be one dominant team in a league, by and large the level of competition should be roughly the same across the league. This is usually because the schools share several common traits that attract roughly the same type of athletes to the school. At Fairfield, we played in the MAAC which consists of Fairfield, Iona, Canisius, Manhattan, Marist, Monmouth, Niagara, Quinnipiac, Rider, Saint Peters and Siena . Now, what do these schools have in common? They are all located in the Northeast, in relative proximity to each other, most are Catholic and some are Jesuit, and they are all roughly the same size in terms of the number of students that attend the school. While individual teams at certain schools are sometimes more successful, by and large, if you have the skills to play athletics at one of these schools, you probably have the ability to play at many of these schools. If that weren’t the case, then the league would not be very fair. Now, there are always exceptions.

Let’s look at a few talented teams in the ACC. For basketball the conversation starts and ends with Duke and North Carolina which have teams that are routinely ranked near the top in the country. Baseball, well, last time I checked Clemson, Georgia Tech, and Florida State fielded some pretty good baseball teams, ditto for Golf as some of these schools attract the top college golfers in the country if not the world. Soccer, well North Carolina has probably the most famous women’s soccer program in the country. So what does all of this mean? Nothing if you are the University of Miami and are moving to the ACC, but for a team like Boston College, it meant a little reality check for some athletic teams. Boston College just went winless in in the ACC for men’s basketball and football in 2015-2016. Many of these ACC schools attract a different type of athlete, due to their past success and location (i.e. warm weather) If you are a top golfer or baseball player do you want to go to Boston College where your season is played in March and April and it is usually struggling to break 40 degrees out and it’s cold and wet? Or do you want to go to Clemson where it is sunny and 70 in the spring. Having tried out for a college team in Orlando and played in snow flurries in games in Connecticut, do I need to point out which climate is more suitable for baseball?

How does the location of different colleges affect my athletic recruiting process?

Geographic location – Some states simply have more participation in one sport over another, which contributes to the success of individual teams within that state and the state of Ohio is an excellent example for football. Mount Union College, a small D3 school in Ohio in the fall of 2003 had victories of 58-0 and 66-0, had won 46 straight games and 100 of its last 101 games at one point. In 2015 they were champs again. That my friends is a D3 powerhouse, and they have players that could compete at the D1 and D2 level, but chose not to. Ohio is a hotbed for high school football and there is another strong D3 team called Ohio Northern. Ohio Northern has about 100 players listed on its roster and only 19 are from outside of Ohio. This is a good example of a coach not having to do a lot of outside recruiting because there is so much talent in their own state. If you wanted to play football for Ohio Northern or Mount Union and lived in say, New Hampshire, you’d better have some compelling information and skills for the coach to recruit you. The Ohio State men’s hockey team (a D1 program) on the other hand shows us another perspective. In 2003 the hockey roster listed ZERO players from Ohio, and Ohio is obviously not known for their youth hockey programs. In 2016 they had 3 players from Ohio. It’s no secret either that Florida is filled with many talented high school baseball players, and the majority of the baseball programs in Florida (regardless of division) are very competitive. The next section will illustrate this point.

How does climate affect my athletic recruiting process?

Climate – Is it any surprise that baseball teams in Florida compete at a high level? Not only is baseball the most popular youth sport in Florida, but the players get to play and practice 365 days out of the year if they want to. So not only are there a high number of baseball players in the State, but talented baseball players. Due to Florida’s size, the number of talented baseball teams, and Florida’s tuition reciprocity program at state schools for academic achievers, there is little incentive for local players to leave the State to play. Sure, we have all heard of the success of the Miami Hurricanes baseball program, but smaller schools like Rollins College (D2), Florida Southern (2), or Nova Southeastern (D3), attract extremely talented players as well; while many of these teams are “D2” or “D3”, realistically, you have to be a top D1 caliber player to attend these schools. The lure of playing baseball in Florida for many recruits from other states is a powerful one. Unfortunately, many players coming from colder climates do not understand the talent needed to play college baseball in Florida. Other states have similar patterns. In the New England area, hockey is king and the majority of schools that have competitive hockey programs can put their rosters together with local players from the 100 plus private schools that attract top hockey players from around the country. Ditto for Minnesota and hockey, the majority of schools that compete in hockey in Minnesota have no problem finding local players or players just over the border in Canada. The 2016 Golden Gophers hockey roster has 23 players from Minnesota. California is another state with nice weather and a high participation in athletics. California also has a huge state school system and many coaches at all levels do not have to recruit far from their state, and since their scholarship dollars stretch further with in-state players, there is little incentive to leave the state to recruit if they can find the talent locally. For more information on this see our post on How Weather and Climate can affect your athletic recruiting process.

Obviously there are many factors to evaluate when trying to select individual colleges that might be a good fit for you. This is why simply choosing schools by division does not work. You need to look deeper at individual colleges and teams to see how successful they are and to see what types of players they are recruiting and where those players are from. I can spend 30 seconds looking at a college roster and tell how competitive the program is and how they conduct their recruiting process. It is also one of the reasons why sending mass marketing emails or letters to college coaches does not work either. If you are having trouble trying to figure out the individual talents of a particular team, ask the coach and they may be able to explain the level they play at in more detail.