Varsityedge.com recently sat down with coach Brad Jorgensen, head coach of the men’s lacrosse team at Saint Leo University, a private Division 2 school in Saint Leo Florida. Saint Leo is a Club lacrosse program moving to Division 2 status in the fall of 2005. At the time, it only 4-year college varsity lacrosse program in the state of Florida. Jorgensen is now in his 10th year of coaching.

Tell us about the sport of lacrosse in Florida
Like across the country, the sport is growing at a fast pace. There are roughly 120 high school programs in Florida and probably 10 really good high school programs. Lacrosse hasn’t grown at the youth level yet, so most of the players at the high school level are relatively new to the game, whereas in other states, you have kids playing when they are 9 or 10 years old now. In a few years, when more youth players begin playing, those kids will migrate to high school and be better players.

How does this affect recruiting?
The good news is we are the only varsity college lacrosse program in the state of Florida and many high school players want to go to college in Florida. Since the sport is still growing at the high school level, I will be looking to bring in players from out-of-state to compliment the Florida kids that I recruit as well.

You last coaching job was at Wheaton, tell us about the differences there?
Wheaton was a Division 3 program with very high academic standards. While there were many lacrosse players I could evaluate in the New England area, it’s difficult to find the right kid who can gain acceptance to the school, can afford the school, and is interested in the academic programs the school offered. At the end of the day there were a lot of potential recruits who wanted a specific major the school didn’t offer.

Is Saint Leo an attractive school for out-of-state kids?
Well, 50% of our student body comes from out-of-state, so I would say yes. Saint Leo is a private school, but our tuition ($20,000) makes our school a less expensive option compared to many other private schools, especially schools in New England where I previously coached. Wheaton was about $40,000 so you are taking a difference of about $20,000 a year.

How is Saint Leo Different?
For starters, the state of Florida offers a Florida student what’s called a FRAG scholarship (Florida Resident Access Grant). It’s for kids who want to go to in-state private schools and it’s $5,000 per year. So right off the bat, our school is attractive for local students and student-athletes. In New England, lacrosse is huge and there is a larger pool of players to draw from, but the schools are often more expensive, so many kids get priced out. In Florida, there are fewer lacrosse players to draw from, but the school is less expensive than many other private schools, which makes our school more attractive to players not only in-state, but out-of-state as well. We have very strong criminal justice and sports management programs at Saint Leo.

Is it safe to say that much of your recruiting efforts will be in areas outside of Florida?
Yes, I will spend my entire summer in the Northeast at different camps, showcases, and tournaments looking at potential recruits.

What role to showcases and camps play in your recruiting efforts?
Well, they allow myself and other college coaches the ability to see a large number of players that are interested in continuing their lacrosse career in college in one place. It’s difficult to travel to many high school games to see just a few players, especially during the season; so all college coaches rely on some form of summer activity to evaluate players. 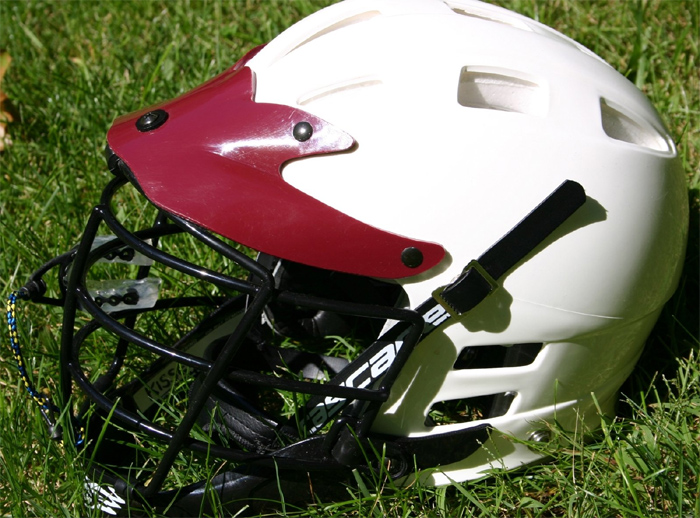 Is the proliferation of showcases camps and tournaments a concern?
In some cases yes. If I wanted to, I could be at a lacrosse event every week of the year. The bad news is that there are so many events now that college coaches cannot possibly attend every one of them and some events are becoming watered down. You also have kids participating in 10 or 15 events a summer and by event 5 they are already burned out and some kids end up looking worse. There are other events that have 500 kids on 20 fields and it’s just difficult to see and evaluate everyone.

What’s your advice to a player who might not want to go the showcase route all summer but still needs some exposure?
Exposure is a tricky word because at the end of a day at a given event, the probability of your skills, academic background, and financial background matching up to all the schools in attendance is pretty low. Some kids try and get recruited by 60 schools thinking a higher number is better than trying to find 10 schools they might be a good fit for. At the end of the day, there are a lot of schools that you cannot play for and a lot of schools that will not offer the academic programs you should be looking for, so parents and kids need to be involved in the search and try to find programs that they may match up with. To answer your specific question – I would try to be proactive, put together a compelling resume and video, contact coaches, attend a few events, and possibly attend a camp at a college that you think you would be interested in and that you could possibly play for.

How does video play a role in your recruiting efforts?
Nothing can replace seeing an athlete play in person, but I can have confidence in a player through a video. I am not a highlight tape guy, I like to see complete game films. I like to see athletic ability and how a player hustles. Highlight videos don’t always show those things. If you send a video, please make sure you identify what player you are as well!

What role did recruiting services play in your efforts?
Most of the stuff I received at Wheaton was worthless. Either the player didn’t fit the profile of the school academically or financially. We got a lot of stuff from Canadian kids who simply couldn’t afford the school. I am personally not a fan of services that are simply sending resumes of kids to coaches, it’s really not anything a parent or student could do on their own, and most kids are not a match for the program. Most things of value were from high school coaches who took the time to do video and resumes on their players. There was one high school I always dealt with that had a dedicated person that assisted athletes with preparing recruiting materials and videos and I always got quality information from them.

Will you go see a player at his request?
There are always time constraints and logistics involved with that, but I have had players call me up, express interest in my program, and ask if I would come to see a game, which I did. The player needs to do a little research on his part, on our school and program, but if he has done that, thinks he can play for me, and shows an interest, I will make every effort to go see him play.

What else can a recruit do to help them get recruited?
I think one important and overlooked factor is time. Lacrosse is a spring sport, and senior year is far too late to evaluate a player. We can’t see you play senior year, so we need to hear from you in your junior year if you want us to come see you play. The sooner you get on my radar, the more time I have to possibly evaluate you.

Coach, thank you for your time and best of luck in your new program. Any players interested in Saint Leo can find more information at www.saintleo.edu