This was an interview done with a Division 1-AA football coach. I was asked to make the interview anonymous by the coach.

What percentage of kids you recruited and signed were kids that contacted you first
I would say that 95% of all the kids we recruited were found by the coaching staff. If you have the ability to play D1 AA football and higher (the skill and the grades), we Know your name, know where you live and know what position you play. (Varsityedge.com NOTE: This will happen more in football where college coaches have the resources (a big staff) and a larger budget to scout and recruit throughout the country)

Does that mean as a potential recruit, I shouldn’t bother writing a letter or calling you?
Not at all, but by the time you get around to doing that, we probably already know your name. If we don’t, we will evaluate you just like any other student-athlete that we evaluate. It just so happens that we do a good job of recruiting and finding talent, that the majority of kids recruited are kids that we found before they found us. That doesn’t mean these kids weren’t interested in our school before we contacted them.

How is it that you know where the talent is?
We subscribe to scouting lists and have several coaches who work very hard in recruiting student-athletes from around the country. We also have our own camp and work at several other camps throughout the country. Each assistant is responsible for a broad list of recruits and it’s their job to narrow down that list to the ideal candidates.

How honest are you with recruits when meeting with them and their parents.
I make it a personal point to tell each recruit and family member exactly how it’s going to be and exactly what to expect. When you are dishonest with a recruit and they come to your school and find things different than how you explained it last year when you met with them, you not only lose the trust of that player, but that player becomes unhappy which affects his performance on the field and in practice. That isn’t good for anyone. When you lay it all out on the line, the practices, the amount of kids on the team, the lifting and running at 6AM and that kid still wants to come, then you know you have a motivated football player in your program.

How prepared do you find today’s recruits and their parents.
Kids are nervous, and often do not ask a lot of questions in meetings. Parents end up asking more questions depending on their background. First generation college students (kids whose parents didn’t go to college) have no clue what’s going on in recruiting, so we try to fill in what they didn’t ask and need to know.

Are the opinions of high school coaches important
Yes, because we don’t really go to high school games, our decisions are based on scouting reports, video, and conversations with high school coaches and if a coach feels a player is not ready for our level, they will usually be honest and tell us.

What types of things do recruits do to hurt their recruiting chances.
There are some bad stories of kids doing dumb things that probably should not be repeated. I will just say that you shouldn’t try to use athletics to gain acceptance into a school with the purposes of then quitting the athletic team once you are in the school. 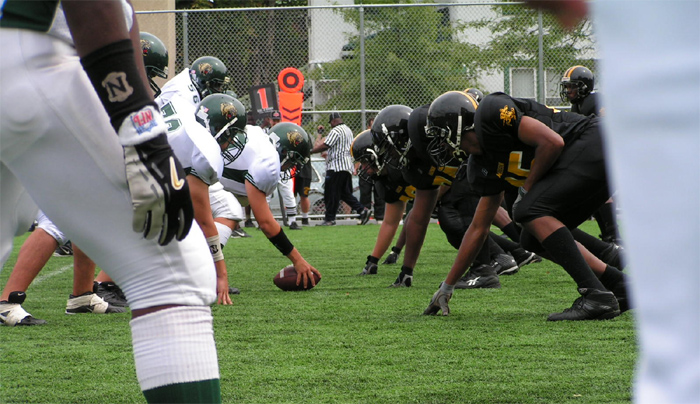 You have over 100 kids in your program, do freshman see any playing time?
Very few freshman start and that is no different than varsity football at the high school level. You have to understand that when a freshman arrives at college, there are 3 classes ahead of him that have been in a competitive college program, that have had more coaching, that have had more training, and have had more experience at the college level.

How many kids do you evaluate each year?
We have access and knowledge of over 7,000 players throughout the country each year that can probably play at our level, but not all of those players have the grades and test scores to get into our school.

How many of those kids can you recruit?
Out of 7,000 players that can realistically play at our level, probably 500-700 of those kids are even qualified to attend our school academically. 6 coaches/recruiters will take roughly 100 kids each and then pair that list down to 25 each so we get a final list of about 150 potential recruits that qualify athletically and academically. From there, we will start aggressive recruiting and decide what kids we want to bring for visits, based on film and coaches recommendations.

How important is videotape from student-athletes in your recruiting process
We Need to see a tape before any official visits are issued. Like all schools, we have a limited amount of visits we can offer kids and we are trying to recruit 30 kids so we cannot afford to bring in a kid for a visit that isn’t talented enough to play at our level. We first look at video and then make a determination as to who to extend official visits to.

What do you like to see on tapes?
I think no more than 10-15 highlight plays and then two distinct halves are fine. I rarely watch all of a tape, but I want the action just in case. The highlights serve as an initial weeding process and determine if I need to watch the rest of the tape. But show me something against good competition. It does me no good to see you dominate 98 lb weakling 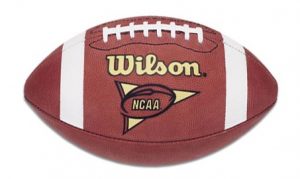