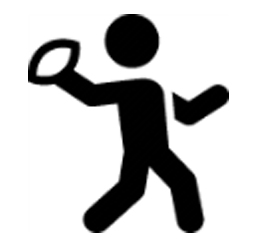 Players looking to broaden their exposure in the college recruiting process will often turn to showcases. These one or two day events offer high school players the opportunity to display their skills to college coaches and are a way for coaches to prospective recruits display their skills. While showcases offer can offer exposure to a larger number of schools in one place, a college coach will rarely recruit from a showcase performance alone, but use that event to decide if they want to pursue certain players further. One of the challenges of showcases is that despite the attendance of many colleges at a given event, a certain recruit might not have the skills or academic background to play or gain acceptance to several of the schools in attendance.

While you may be “showcasing” your skills to 30 colleges in one day, realistically, a recruit might be only to play at 4 or 5 of those schools based on their ability. Rather than attending random showcases, it is important to evaluate your ability as it may apply to different colleges in the area and then try to determine what colleges will be attending a given showcase. Northeastern University assistant baseball coach James Pinzino approaches showcases as follows. “Showcases have become an important recruiting tool because of the numbers of players we can see at once. However, a player’s ability to compete, particularly in the pressure of an important game, is a huge component of success at the college level. The only way to evaluate this is to see players compete in real games where something is on the line. So like video, we use showcase performances as a tool to decide who we want to pursue further!”

Many families attend showcases hoping for the pot of gold at the end of the rainbow, and it’s not that simple. Simply showing up, hitting a few home runs or 3-pointers probably will not get you a scholarship offer the next day!

How do I choose what athletic showcase to attend?

1 – WHAT COLLEGES ARE GOING TO BE IN ATTENDANCE? That’s so important that I put it in capital letters! As I mentioned above, there may be 30 colleges at a given showcase, but if your academic record or athletic skills do not warrant acceptance or recruitment to 25 of the schools in attendance, then you will not get the benefit of showcasing yourself to the 30 schools in attendance. Do not focus on how many schools are there, focus on what schools are there! More on this below!

2 – What facilities are being used? Some showcases take place on multiple fields. A coach cannot be in two places at once, so if you are on field 1 and the coach is one field 2, you might not get the benefit of performing well.

3 – Is the event a multi-day event? Some coaches do not attend the second day because they have seen what they need to see in day one.

4 – What drills and/or tests will be required. Will there be any weight lifting tests or running or agility tests that you can prepare for in advance? We have heard instances of 60-yard dashes being run on gravel or high grass which hadn’t been mowed in two weeks, now 80 recruits have a slow 60 yard dash time listed on a sheet of paper.

How do I use showcases to help me get recruited by college coaches?

1 – Communicate with college coaches prior to the showcase. In step 1, we recommend trying to find out what colleges will be in attendance at a given showcase. In order to accomplish this, you often need to perform some type of communication with college coaches prior to the showcase. While coaches have different rules as to when they can communicate with you via phone (at the D1 and D2 level), they can respond to email and they can receive your phone calls at any time. Trying to find out what showcases a given coach/school will be attending is an innocent way to introduce yourself to a college coach. I don’t want to get into researching colleges at this point as that is an entirely different and long topic, but a simple email or phone call saying “Coach Stevens, my name is Dave Smith, I am completing my junior year at Town High School and am interested in continuing my baseball career at the college level and am interested in your school and program. I am trying to plan my summer recruiting activity and wanted to inquire as to what showcases if any you will be attending this summer?” Coaches like to recruit good athletes, but they also like to recruit athletes that want to attend THEIR college. It is important in the recruiting process that you indicate to college coaches that you are interested in their program time and time again.

3 – Manage your actions and emotions. Several years ago, I met a coach who attended a baseball game to see a particular recruit. The coach arrived prior to the game and saw the player with his shirt off talking to a bunch of girls when he should have been getting ready to play the game. The coach packed up his stuff and left. Coaches watch and notice everything, so conduct yourself accordingly. Run hard, accept feedback, don’t take plays off, don’t berate your fellow athletes, don’t style a home run and so on!

4 – Follow up with college coaches after the showcase. You are as much a part of the college athletic recruiting process as the college coach is. You have dreams and desires and will be paying for college, so it is important that the decisions you make about college are made for you, not by someone else. If there is a particular school you are interested in, you need to communicate that to the college coach to move the process to the next step. If the coach is interested, they will most likely tell you. And, if the coach is not interested, they will most likely tell you. You don’t want to string them along and they do not want to string you along. Following up with the coach after a showcase performance will get right down to it. They may want to learn more about you, they may request video, they may tell you they want to see you play more, or they may tell you they have other recruits they are evaluating right now but to keep in touch. Getting a NO from a coach may be devastating to you, but it’s simply an indication that you need to focus on other schools. In reality, getting a no is a good thing, it tells you where you might be at in the recruiting process and frees more time up for you to research other colleges that might be a better fit! If there isn’t a match right now, do not burn any bridges with that college coach. That coach might have a list of 50 other players they rank higher than you, but 49 of those players might fall of that list for one reason or another over the next 5 months. Thank the coach for their time and tell them to keep in touch if anything in their recruiting process changes!

Showcases are not magic; they are one recruiting tool that you can use to increase your chances to be recruited. College coaches really need to see you play in person in some capacity, but seeing you play in person in a showcase is not the beginning or end of your recruitment. It is important to evaluate your abilities, evaluate different colleges and communicate with college coaches as to what they look for and what their needs are and then find way to display your skills to them. Don’t simply show up at a showcase hoping to be noticed or recruited by any college.

Want more? See our new article, How do I Get Recruited to Play College Sports 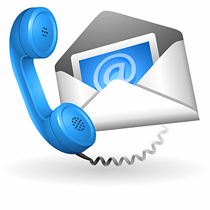 How do I contact college athletic coaches to try and get recruited?

What is the best way to contact college athletic coaches?

I recently got an email from a student asking how they should contact a coach. They asked via email or formal letter? The easy answer is as follows. Fill out the online recruit form found on most college websites which will capture your academic and contact information. Follow up with an email introducing yourself to the coach and alerting them that you recently filled out the online recruit form. Don’t bombard them with worthless stats that tell them virtually nothing about you as a person or as an athlete but describe yourself as a person, an athlete, a student and tell them why you are interested in their school and program. Then follow up with a phone call to the coach to see what the next step might be in possibly getting considered for recruitment. You CANNOT get recruited off of one online form, an email, or a phone call, so don’t even try! The point of contact is simply to introduce yourself to a coaching staff, to express your interest in their school and program, and to see how you could possibly be considered for recruitment.

If it is not the appropriate time for the coach to call you back as NCAA Contact Rules dictate when they can, they may not be able to, but you can keep calling on your dime as often as you want! The bigger picture here is not HOW you contact the coach, but what research you have done prior to contacting coaches and what you have to offer. If you aren’t qualified academically to be accepted to a particular school or you aren’t gifted enough athletically to play at a particular school, then no form of contact will get you recruited at that school! You can rent a plane and fly over the coach’s field with a banner that says “RECRUIT ME” and it won’t make a bit of difference if you aren’t qualified. How you contact a coach is so far down on the list of important recruiting steps you need to take before you even consider contacting any coach!

Before you contact any coach via email, letter, fax, phone, smoke signals, etc., try and answer yes to the following 7 questions.

1 – Can I get accepted to this school based on my academic record?
2 – Do I possess the athletic skill to play for this program?
3 – Do I have the ability to display my skills to this coaching staff in some capacity?
4 – Am I interested in this program?
5 – Can I afford this school?
6 – Does this school offer academic programs that I am interested in?
7 – Will I be happy at this school (with and without) athletics?

Before any coach considers recruiting you or making you an offer, he or she is asking the exact same 7 questions.

If the answer to ANY of these questions is NO, then it’s possible a fit does not exist. One and two are easy. If you can’t get in based on your academic record, there is no recruiting process and you can send all the emails and formal letters you want to the coaching staff that will do absolutely nothing. If you are just not skilled enough to play at a certain level, then there is no recruiting process for that school. Don’t dwell on where you can’t play, find a place where you CAN play!

The point of all of this is that there is so much you need to do in researching a particular school and program before you ever have to worry about how you contact a coach and that is what you should be focusing on. Build a list of colleges that you think might be a good fit based on academic, athletic, financial, social, and geographical factors and then worry about how to contact coaches later!